Okay, I deleted that last post because, upon closer inspection, it didn’t come across the way I wanted it to and I was worried about how it would be received. So, it’s gone. Done. Buried in the internet graveyard.

I will quickly say this. I feel a little like shut up and do something about it already. I don’t want to continue to talk about doing more or chasing a dream or what the hell are my dreams and not do anything about it. I have lost my way a bit and I really want to find my way back or start over or something. Or something.

So, I’m figuring it out. Taking steps in a direction. Who knows if it’s the right one, but it’s better than not walking at all.

I think we’re often in such a hurry to get things right. To get it done. It’s always now and not later. I don’t want to put anything off, but I don’t want to rush through my life either for the sake of having a destination. I’m going to do my best. My very best. To find solid ground again. 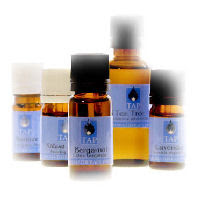 In aromatherapy
Aromatherapy for my head. I get headaches frequently and rather than swallow a whole lot of ibuprofen which is what I normally do I found an alternative. I found it at Tap in Fort Langley. It’s a teeny, tiny bottle called Forhead. Clever and cute. Just a few drops on the temples or the back of my neck where my muscles are sore and it starts to take effect. Scott tells me I stink like a hippie when I use it. He’s right. I do. But, it works.

9 thoughts on “taking a deep breath…”