Before we leave I want to say something about Sunday, the day of celebrating fathers. Something to mark the day for fathers who often get lost in the wake of mother’s day. I want to honor the fathers in my life.

I was told my dad used to cradle me in his arms and carry me around in the middle of the night to lull me to sleep. I liked to be near him. There’s evidence of this found in photos of us sitting side by side. He would crawl around on all fours and take me and my brothers for rides. He played street hockey with us, but he never said I love you. In my late teens I would tell him, I love you and there was never a, I love you too.

My very first I love you from my dad came when I was 23 in a hospital bed hovering between life and death. He shared this beautiful story of when I was brand new to the world. He told me how he had dedicated me to God and said, “She is yours first and mine second”. He told me this story in his well worn German broken with the language that wasn’t second nature to him, English. I relished every word and every emotion I could detect because it was rare and I wasn’t sure when his heart would open like this again. He said he prayed knowing he had already given me up to God when I was just a baby and wondered if God was going to make good on the dedication. He said God gave you back to us. He said, “I love you, Heidi.”

My dad is a quiet and complicated man. He is generous and he is, I believe, one of those tortured souls. Nobody can make me angry like my dad can, but I love him.

When Annie came into our lives Scott immediately took to Annie and her to him like two halves of a whole. She was a daddy’s girl as soon as she was born. They would lay together her new scrunched up face buried in the crook of his arm as he would try to get her to sleep and give me some relief. Nobody lights up Annie like Scott. Annie has never had a stuffy she has to sleep with. She never had much use for a pacifier. Scott is her security blanket. Her world turns when her daddy is at the center.

Benjamin is a lot like Scott with his blue eyes and his laidback approach to life. Ben is gentle, mischievous, and is rarely without a wide smile across his face. Nobody makes me laugh like Ben. His humor is his dad’s humor. Ben’s love for me is inherited too. The way they take the sting out of a bad day and the way they look at me like they can see right through me…nothing makes me feel like I’m made of steel or melts me the way they do.

As I grew up and broke away from my family to make my own family I came to understand my parents in a way I couldn’t before, but I also ended one legacy to make way for a new one – one where fathers talk to their daughters, one where I love yous are readily available and one where fear doesn’t build walls between you and the ones you love the most.

Flaws, quirks and all I want to honor my dad today and all dads where I love yous came later in life. I think I’m here and I’m doing as well as I am because of my father’s early prayers and his heart, while not always open, is steadfastly here…always present.

And to Scott: I’m so glad we’re navigating parenthood together. Annie and Ben are anchored because of you. Before Ben was born I felt that he would be God’s grace to me and that promise is being fulfilled. Scott, you are grace to me too. 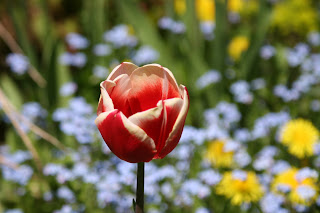 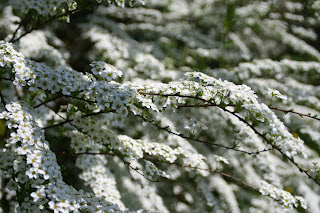 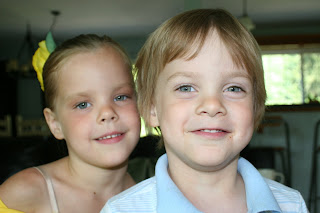 I took these photos of all things blooming in my yard in early May.

Annie and Ben as we’re headed out the door to Annie’s ballet recital.

16 thoughts on “a day for fathers”