I had a dream I had a baby boy named Benjamin before Annie, before I imagined babies in my arms. When I discovered I was pregnant eighteen months after Annie I knew this baby was going to be a boy. I knew that Ben was meant to be.

Many nights I was willing myself to sleep massaging the part of my pregnant belly that Ben liked to prop his foot against. I would push it down and his heel would always return to its resting place. I could mark it with an x, he was so predictable. On one of those many nights a few words found their way to me, that strung together brought me peace. This baby will be God’s grace to me. The heavens didn’t open and trumpets didn’t blast, but I heard it from deep within my belly to settle in my heart. Grace. God’s grace.

The morning after I had Ben I turned to the bassinet I had placed him in just two hours before both of us had finally succumbed to sleep. After a restless night of breastfeeding, doors banging open and diligent nurses we locked eyes. Green and blue, calm and steady, mine and his. We belonged to each other. My dream come true. He was here to stay.

Ben is gentle. Ben is often lost in a world I want to climb inside. Ben has many imaginary friends, but he and True are the closest. Ben squeals when he’s excited. I mean, high-pitched, like a little girl, people cover their mouths to hold in laughter squeals. When he is tired or unsure his thumb is immediately planted in his mouth. Ben is funny. Ben is my reminder to live. He gets life. He used to skip down the sidewalk, arms in the air, reaching for the sky and I remember thinking, don’t forget this. This is how it should be. This is how life should be. Fun and funny and reaching for the skies.

My kids rode their bikes, heading home, while I walked today from swimming lessons. I was lagging behind tired, hot, and drowning in wet towels and bathing suits. Ben parked his bike at the house, helmet still fastened to his head and walked down the street toward me. He held out his hand and I grabbed it. He pressed his warm, red cheek to our hands, sighed contentedly, and led me home. 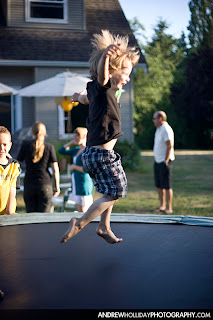 On a side note: I’m sorry I haven’t been around much. I blame the summer with its sun and how it begs me to drink slushy, fruity drinks with alcohol in them. I’ve been out a lot with my kids (not drinking), so that means less time here. Fall, school and routine are just around the corner, so I won’t be far behind.